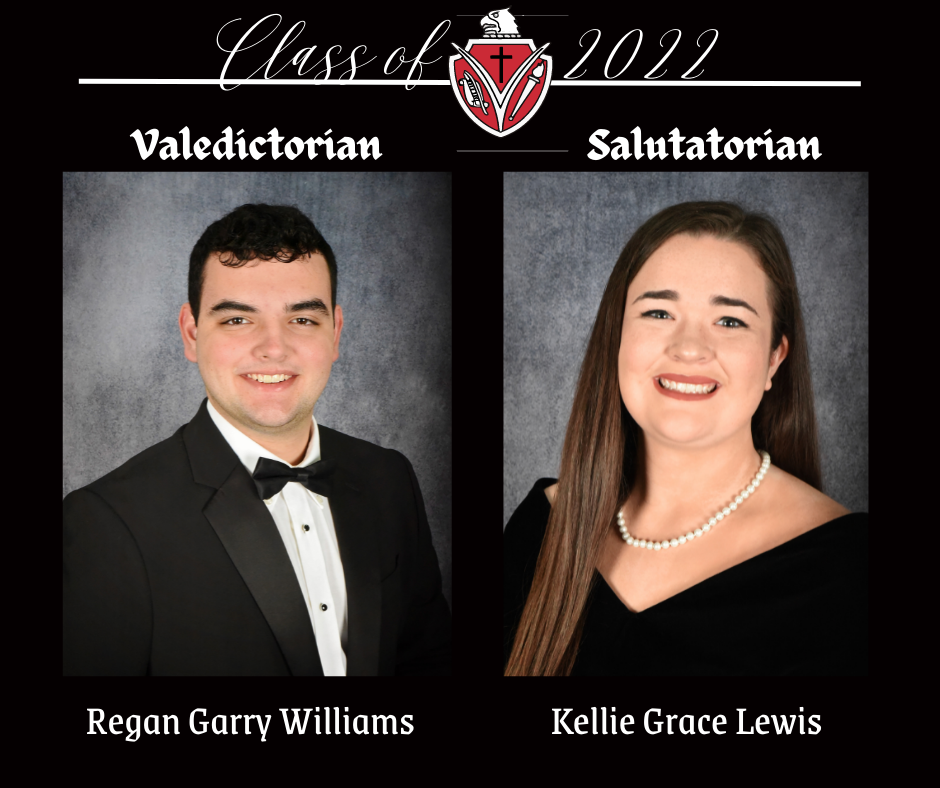 Jackson Academy announced on April the 12th the top two students in the class.  This years Senior named as Valedictorian is Regan Garry Williams.  The student with the second highest overall average and named as Salutatorian of the class is Kellie Grace Lewis. Congratulations to both students for your hard work and dedication.